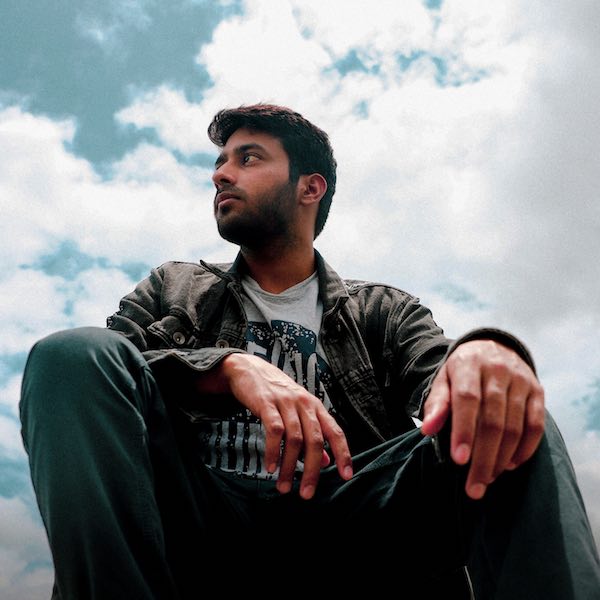 Pranay Sharma
Our family comes from a community of farmers. My father retired as a police officer after 40 years of service, and my mother has been a homemaker her entire life. When my father got a job outside agriculture, we moved to Indore, a town in India. I grew up with my parents and brother in a single room house without an internet connection or a computer. I heard music for the first time while watching cartoons at home as a kid on a television my father bought with his savings. I used to walk to the nearest internet café and ask the owner to help me look them up on the computers. When my father saved up again, he bought a colour television and even managed to get cable. That’s when I discovered VH1 for the first time and heard artists like Lady Gaga and Chris Brown. I kept making my trips to the internet café to look for music online, and one day, I came across Avicii. While watching his videos, I realised that he was making music on a computer by himself from halfway around the world, and it was touching the life of someone he didn’t know and would never meet. And this idea stuck with me.

My brother bought a PC for college to study, and on that computer, my journey as a producer began.

A few years ago, we were in a bad financial situation. It kept getting worse, and I wasn’t earning enough to help support the family. At the same time, I was in a relationship that suddenly ended, partially because my future as a musician didn’t seem to be a stable one. I also heard that Avicii, my inspiration, had passed away from suicide due to depression. Everything hit me all at once, and I was in an extremely dark place for a long time.

We barely had money to pay bills and got by day-to-day, so either knowledge of or access to professional help and therapy wasn’t an option for me. I had anxiety and panic attacks and was going through a phase of depression, so I still had to find a way to cope. I tried to find my therapy by spending time in nature, watching the sunset, and using my music as an emotional catharsis. My first EP contained every feeling I could translate into sound. It’s the result of all the pain, anxiety, depression, joy, hope, and faith I felt at the time. I cried through the process. And once I released the EP, I never listened to any of the songs again. I knew the emotion that went into it, and it was not a place I felt I could revisit.

I wish it were a right, but therapy is a privilege for so many people. And on top of that, there is a lot of judgment and stigma, especially as a guy. You’re expected to be ‘strong and silent’, but unfortunately, it results in people struggling with their mental health in that silence. I have never understood this because it has nothing to do with gender; it’s being a human being.

In May 2020, mid-lockdown, something unbelievable happened. I got signed to Ultra as their first official Indian artist. I was so happy, I don’t think I slept properly for a month. Once the formalities were over, the label even gave me an advance of $2500, and for the first time, I could afford to buy a laptop, basic production equipment, and wood to build a table to work on. Right now, all that’s left is for us to repay our Rs. 35,00,000/- house loan in monthly installments – that’s my goal. That is what will give me the biggest relief outside making music which has become my therapy and refuge for my mental health. 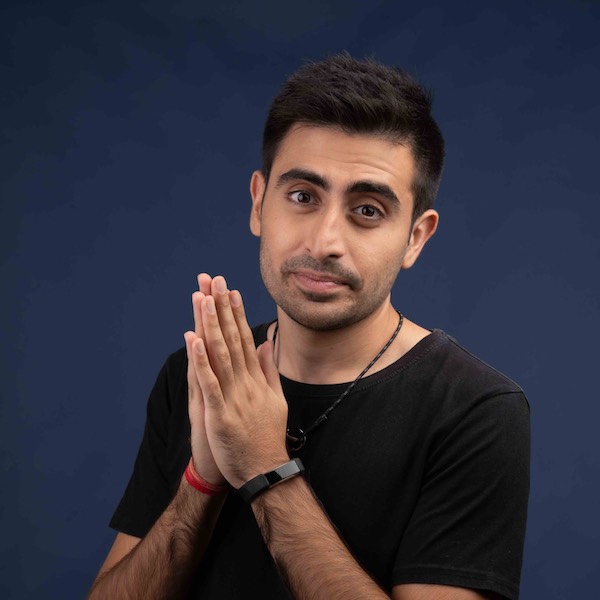 Shaan Singh
Back in 2008, I was 14 years old when I realised I wanted to become an artist. I guess it all started with curiosity; I remember watching Carl Cox on stage, feeling his energy, his connection with the crowd, and deciding - this is what I want to do. The first stage show I played was a 1 PM slot at the Sunburn Festival. Only about ten festival-goers attended, and five times that number of family and family friends came out to watch me in the scorching heat. That’s when things began. I was still a kid in school, and a lot of people laughed it off; I wasn’t the fittest guy, had no fashion sense, and probably looked the furthest I possibly could from being a performer.

Here I am, ten years later. The last decade has taken me on a journey outside production and touring that I don’t always put up on social media but one that I want to share. Maybe it can help someone navigate their own journey.

When I was 18-19, I wasn’t paying explicit attention to my mental health. Between touring, gigs, school, production, and studying, I never really had any time or space to think or be alone. When I came back from University, I had a slump in work and releases, and it was a period when I had nothing to do except just be with myself. Instead of playing at shows, I was at home watching Netflix and playing video games. There were enough times I woke up feeling purposeless, with a heaviness in my chest and a darkness in my head. The confusion, loneliness, and anxiety were at a peak, and they weren’t just ‘good days and bad days’ anymore.

Honestly, I still get anxious when I think about that period of my life, but it changed me a lot. I sought help, and I went for therapy to try and comprehend what was going on. The process allowed me to understand what was happening and gave me a space to learn about my mental health. It was easier said than done, but I think I’ve gotten to a place where I don’t blame anyone for that phase anymore and have come to respect that all of us have our own battles to fight. In retrospect, I don’t remember that time in my life very well. When my mental health began to suffer, I think I suppressed a lot of those memories. But it’s been a long journey, and it continues till today – to accept and be okay with not being okay.

I think it was sometime back in 2015 when I played the Sunburn main stage; there were 40,000 people in front of me, and it was a dream come true. I remember someone capturing the moment, and I started crying on stage. It was after this moment of pure joy that I had never felt before when I suddenly didn’t feel okay anymore. Once the crowd began thinning out and my family and team left, my emotional state completely switched. I suddenly felt confused, anxious, and extremely irritable, seemingly for no reason.

It was only 2-3 weeks after this episode when I stumbled on ‘Post-Performance Depression’, something many performing artists experience. It’s the euphoria of performance, the adrenaline rush and flow when you’re on stage in front of a crowd. But then, you come back to an often empty hotel room – no audience, no applause, no energy - and a sudden crash into what feels like emptiness. It sounded similar to a drug high, and it took me a while to understand I was susceptible to this. The experience made me realise that if I wanted to continue in this industry, I needed to take care of my mental health and seek help.

Unfortunately, I think many people believe that talking about your mental health and how you feel is something to be ashamed of. Being a guy, expressing your emotions is often looked at as a weakness, and that’s really sad. To some extent, I experienced this with both my parents too. Through everything, I think I have been able to talk to my mom a lot more about the way I’m feeling, but with my dad, the expectation was not to spend so much time dwelling on emotions. This has been a journey for them too, and they have come a long way in being self-aware of their mental health along with mine.

When I was younger, I lost one of my closest friends to cancer. Growing up, I lost another friend I hadn’t kept in touch with to suicide. In 2008, within a month, I lost both my grandparents and at some point, I became used to feeling loss. After my dog passed away recently, I went to the ocean with her ashes alone to say goodbye. And while it didn’t make dealing with things any less difficult, I tried not to take the easy path by throwing myself into distractions. Instead, I gave myself time to grieve, cry, and feel what I needed to at full force. It’s never easy dealing with grief or loss; all of us cope with it differently and in our own ways and timelines. My journey and therapy have taught me not to escape from my emotions instinctively, but to sit with the way I feel, no matter how difficult it is, because that’s what it means to be human – and that’s okay.

During the lockdowns last year, I experienced the loss of a loved one and of what I loved to do. That’s when I changed how I thought about spending my time with people and things that don’t have an infinite timeline by trying to be grateful for every single day. Sometimes, it almost feels like once you go through anxiety and depression, it never leaves you completely. You just keep learning how to cope with it and surround yourself with people who can support you. But mostly, you try not to be too hard on yourself. It feels easy for me to say after going through what I have, but it never felt that way during the time.

I hope, someday, we can normalise how we talk about mental health both within and outside the artist and creative community across the world and make it a safe conversation for so many who need it.
Subscribe to Semicolon